About two years ago, I decided I wanted to get in better shape – not just for myself, but also my children. Obviously the healthier I am, the healthier my family is. As my children are getting older, I came to the same realization most people of my generation have come to – kids these days don’t spend as much time outdoors, most are attached to all things tech and are generally less active than we were at their age. So I chose to hit the gym to set a better example for my children. I can’t expect them to want to maintain an active lifestyle if I am not.

I knew that getting into a routine of working out was going to be hard for me. I think I like the idea of working out, but in reality, I don’t enjoy. Sometimes I really do think that my body doesn’t release endorphins like it’s supposed during exercise. Okay, that’s just one of the many things I kept telling myself to justify my quitting after two weeks of working out.

So here is a list (in no way exhaustive) of my justifications for not working out:

-I am way too tired
-I have three beautiful daughters under the age of six (any parent reading this needs no further explanation)
-A Starbucks Skinny Mint Mocha Frappuccino (with no whip-as if that helps) tastes so much better than a protein shake
-I have too much going on at work (being my own boss is great, but you work all the time)
-Binge watching the entire Game of Thrones series in a weekend with my husband sounds so much better than getting off the couch for anything
-I didn’t get enough sleep
-Haagen-dazs coffee ice cream
-Vacuuming everyday (yes, I LOVE to vacuum) counts as exercise
-being a Girl Scout Troop leader at a meeting with twenty girls surely counts as an cardio session
-Hey, my Fitbit clocks a thousand steps easy while I sit and fold never-ending piles of laundry….

So the point of this blog was to talk about another reason I used as an excuse to get out of exercising – I can’t do a jumping jack, jump rope, do a burpee ( who am I kidding, I still don’t think I can do more than 10 burpees), without peeing myself. It generally isn’t so dramatic, but it was enough stop me from finishing my small group lessons with a personal trainer when I saw jump ropes set out in the class or the words “Jumping Jacks – 1 min x 3.”

However, after being committed to hitting the gym five days a week for three months, I decided I wasn’t going to stop a bit of leaking stop me from attaining my goal of being more active. I came up with what I thought was the best plan ever – wear a liner and wear only plain black leggings. This worked for awhile, but then the Athleta catalogs would arrive in the mail and Lululemon was having one of its’ rare sales and I found myself wanting to wear the leggings that had fun colors – not just solid black.

About a year into the gym routine while wearing one of my many black leggings, I ended up with an awful sinus infection and it left me coughing (my husband lovingly called it hacking) for over two weeks. This was breaking point for me. I couldn’t tell you how many times I had to go change because I would leak a little bit with each cough.

Shortly thereafter, I was having dinner with some girlfriends and the conversation somehow veered into the topic of leaking while working out, while coughing and sneezing, etc. None of us had huge issues with it, but it was definitely an annoying issue to have. By the end of laughing about it, I think we all realized that the issue was more common than we allowed ourselves to think and was something we just had to live with. “The prize of birthing babies” as we put it.

Now that I realized I wasn’t alone in my struggles, I felt that I could more openly speak with my husband about it. My husband is a board-certified OB/GYN. You’d think I would have told him, but after he delivered all three of our babies, I felt that some things should remain a mystery. Over the years I have heard him talking about various options, slings, and mesh (and who hasn’t seen a law firm advertising on TV “if you or a loved one have had ‘xyz’ as a result of a mesh, you may be entitled to compensation, act now”? Long story short (clearly not), he researched non-surgical solutions for stress urinary incontinence (a fancy way of saying you pee while you sneeze or workout). He came upon a procedure called VIVEVE and believed it could help me and many other women in his OB/GYN practice.

So the machine arrived and I was patient zero. I have to admit that I was unsure of what to expect. The procedure was about 45 minutes long and was not painful at all (I didn’t even have any soreness). After the first couple minutes as I figured out what the procedure would feel like, I was able to relax, joke around with my husband and his nurses, and was anxious to see if I would truly benefit from procedure.

I have no patience and so a couple of days after the procedure, I picked up my daughter’s jump rope to see what might happen. I was shocked! No issues with leaking. I was told about what to expect and the timeline of expectations and almost exactly, I followed the curve. After two weeks the immediate benefits wore off, I had some leaking while working out (more like spotting), but nothing that would keep me from wearing my celebratory Lululemon Align leggings in Chambray (light blue). About a month to three months after the procedure I was back to my initial results where I really didn’t need to think about the issue when working out.

Basically, the VIVEVE procedure, effectively took away one of my justifications for not making the effort to hit the gym (darn)!

I know this isn’t a glamorous topic (especially for my first ever blog), but I’ve come to realize that it’s not just me who has this issue. I truly feel that this procedure will help others in my situation. I has changed my life in that I don’t have to worry as much about always having a liner available, change of pants, etc. Just know that there is an option available, it doesn’t hurt, it doesn’t take long and can give you an extra bit of confidence/security.as it has given me. All it takes is a phone call to get educated about the issue and solution. 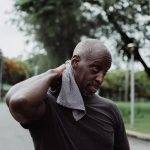 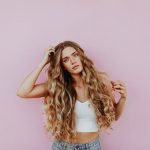